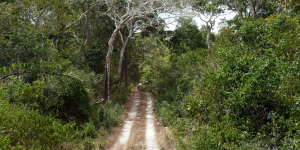 On the coast of Kenya, Arabuko-Sokoke National Park is a beautiful slice of a protected forest reserve. Lying around 100 km north of Mombassa, this is the largest surviving area of coastal forest in East Africa and an important monument to a disappearing environment. The park itself is a tiny 6 km2 but contains three ancient types of forest, each protecting hundreds of different endemic and rare species of wildlife for a fantastic safari experience. 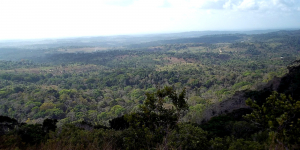 The reserve is an area of coastal rainforest, woodland and grassland. It is an important area for plant biodiversity – over 50% of the 159 rare plants in Kenya are found in the Shimba Hills, including some endangered species of cycad and orchids. It is also a nationally important site for birds and butterflies. 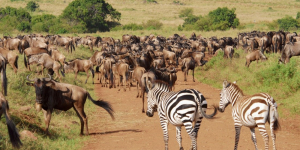 Tsavo East National Park is one of the oldest and largest parks in Kenya at 13,747 square kilometres. Situated in a semi-arid area previously known as the Taru Desert it opened in April 1948, and is located near the town of Voi in the Taita-Taveta County of the former Coast Province. The park is divided into east and west sections by the A109 road and a railway. Named for the Tsavo River, which flows west to east through the national park, it borders the Chyulu Hills National Park, and the Mkomazi Game Reserve in Tanzania.

Tsavo East offers great wildlife viewing in pristine wilderness. All of the Big Five are here. Elephants are common throughout the park, and their red dust coating makes them stand out against the arid environment. Of the big cats, lions are most easily spotted, but many of the males have particularly small manes. Buffalo, zebra and plenty of Masai giraffes are some of the other animals you can expect to see. 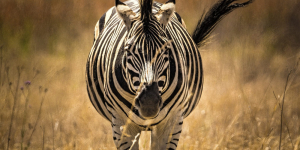 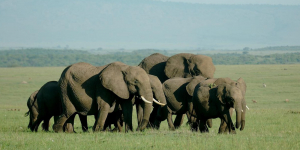 Amboseli is famous for its big game and its great scenic beauty – and the landscape is dominated by the towering Mount Kilimanjaro.
Amboseli lies immediately north-west of Mount Kilimanjaro, on the border with Tanzania. The Park covers 392 square km, and forms part of the much larger 3,000 square km Amboseli ecosystem.
Large concentrations of wildlife occur here in the dry season, making Amboseli a popular tourist destination. It is surrounded by six communally owned group ranches.

The name "Amboseli" comes from a Maasai word meaning "salty dust", and it is one of the best places in Africa to view large herds of elephants up close. Nature lovers can explore five different habitats here ranging from the dried-up bed of Lake Amboseli, wetlands with sulphur springs, the savannah and woodlands.  They can also visit the local Maasai community who live around the park and experience their authentic culture. 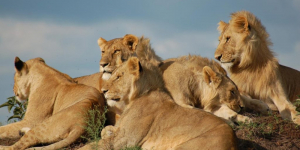 Masai Mara National Reserve is one of the most popular tourism destinations in Kenya- Africa. The reserve is located in the Great Rift Valley in primarily open grassland.
Wildlife tends to be most concentrated on the reserve’s western escarpment.
The Masai Mara is regarded as the jewel of Kenya’s wildlife viewing areas. The annual wildebeest’s migration alone involves over 1.5 million animals arriving in July and departing in November.
There have been some 95 species of mammals, amphibians and reptiles and over 400 birds species recorded on the reserve.